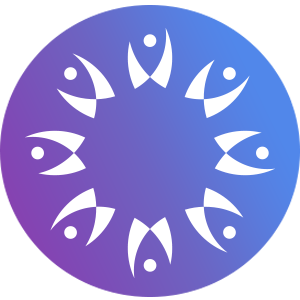 A formalized major gift proposal, whether mailed in a letter or delivered in presentation format, has to hit certain beats.

These written major gifts proposals are the conclusion of all of your cultivation efforts. They are informed by everything you have learned about the prospect in preceding meetings.

If you've researched major gift asks, you have likely seen that speaking with the prospect in person increases your chances of securing the donation. That's true.

However, there are some situations when a formal proposal letter is the best option. If you have a small team with limited resources and little time to spend, you probably can't book all of their days up with introductory meetings, exploratory meetings, and solicitation meetings. Instead, follow proper cultivation and you can have your team craft a major gift proposal letter. Check out these six tips for writing a successful major gift proposal.

Even if you end up making a formal presentation rather than sending a letter, it is still beneficial to be familiar with the writing strategies. During a presentation, the written proposal can help guide your ask as you walk through it with the prospect, and it can be a good take-home document for the prospect turned donor.

Asking for a major gift is a delicate task. Even to your wealthier donors, the size of a major gift is significant and warrants careful consideration and thought. Because of that, your prospects need very specific, customized solicitations to get them over the finish line.

Nothing will turn away your prospects sooner than an impersonal approach. That starts with the letter's salutation and builds through the various language within the proposal.

Imagine someone asking for $15,000 from you and addressing the letter with a generic, "Dear Donor." Or, even worse, what if it said, "To Whom It May Concern?"

When you cultivate a major gift donor, you spend plenty of valuable time with them with the targeted aim of getting to know them better and helping them familiarize themselves with your organization and your mission. If you don't use that information during your proposal, you are letting it go to waste.

Open with a direct address, to not only the donor's name, but the donor's preferred name. Is this the kind of donor who prefers to be formally addressed as Mrs. or Mr. So and So, or is this the kind of donor that immediately asked to be called by their first name? What about a Richard who goes by Rich? You'll learn all of that, track it in your CRM, and put it to good use when it comes time to write up the proposal.

Carry that attention to detail throughout the entire proposal. The rest of these tips are going to highlight exactly how you can do that.

2. Lead with a Compliment and Gratitude

No, lead with a compliment does not mean that you should open by saying how much you love the prospect's hair. As much as people appreciate kind words such as those, this tip is giving-centric.

You want to open by thanking the donor for any previous gifts and/or involvement with your organization. Many times, major gift prospects have been flagged as strong candidates from their spots in your donor pool.

Donor loyalty is a major giving indicator and frequent past donations are markers of donor loyalty. With that in mind, there's a good chance that your major gift prospect will have already contributed to your organization in some regard prior to ever starting the major gift solicitation process.

Acknowledge the prospect's past actions and compliment them on the good work they've done.

Prospects will be much more receptive to an ask if it follows a genuine acknowledgment of their prior philanthropy with your organization. Why would they make bigger contributions if you don't even appreciate their previous gifts?

When a prospect hasn't donated to your organization before, acknowledge their charitable history.

3. Make the Case for Your Cause

At this point in the process, the major gift prospect is probably very familiar with your organization. You have already given the prospect the 411, 101, and rundown of your nonprofit, its mission, and the specific work you're during.

While the prospect was learning all of that about your organization, your major gift officer(s) should have been concurrently discovering where the prospect fits within your nonprofit's mission and service.

Once you know a prospect's interests and charitable propensity, that should guide the case for your cause.

You want to pair your proposal with the philanthropic impulses of the prospect. If your organization works for an environmental cause and you learn that the donor is interested in working with youth, make sure you speak to the sustainability presentations that your team gives at local schools.

This part of the proposal is essentially your chance to demonstrate how your mission and your prospect's interests align.

4. Present All the Options

You can't look at a prospect and proclaim, "You must give X amount to the general fund," or "Donate Y amount to this brand new program we're launching next spring."

Donors do not want to be and should not be told what to do with their hard-earned money. You can guide them with how you present the options, but you need to give prospects a selection to choose from.

In this step, you'll summarize the various programs and efforts that are in need of assistance.

Now is the time to lead the prospect to the program that would be the most beneficial for both them and your organization. It's also the time to make the direct ask.

Between your research on the prospect and what you've learned during cultivation, your ask will be well-informed and should be the best option for the given circumstances. Be confident in that and provide the prospect with all that's necessary to make such a decision.

6. Explain the Impact of Such a Gift

To really emphasize the importance of your request, focus in on the impact of such a gift.

Discuss it hypothetically in terms of what this particular prospect's donation could do for the program at hand. And then provide examples of other situations in which your organization has made great strides in the past.

You'll have some flexibility here. You're presenting your organization's greatest hits, and you need to strike the right chord with this particular prospect. Use these other success stories to give authority to your statements that the funds you're asking for will help you accomplish your next great charitable feat.

Major gift prospects are at this point in the process because they are interested in the work your organization is doing and want to be a part of that work. It's your job to assure them that their gifts will actively make a difference for the better.

Take these six tips with you to the keyboard as your write out your next proposal. You'll be glad you did.

If you want to unlock more supporter management and fundraising tips, check out these additional resources: