About the Lycoming County SPCA

The Lycoming County SPCA is the only full-service animal shelter in Lycoming County, Pennsylvania, which is the largest county in the Commonwealth (by area). The 27 employees, 8 of which are full-time, handled over 2,500 animals last year - from adoption programs to rescue and foster activities. The shelter was founded in 1892, which means that they are over 125 years old!

To help manage events, communications with donors, and fundraising campaigns, the shelter purchased Salsa Engage & CRM at the end of February, 2019.

We asked Christa Watson, Lycoming’s Director of Development, what led her to select Salsa Engage over other packages. She told us that of the 8 systems the organization reviewed, she was most comfortable with the functionality in Salsa. However, it was the fact that Salsa didn’t charge for support which really set us apart. She also added that the support line has been great to work with and extremely helpful.

Previous system: old database software running on a single PC in the office.

The first big test of the new system was the shelter’s popular annual Calendar campaign. The contest has been an annual tradition for 10 years, and in 2018 it generated $4,900. This year, Christa Watson, Lycoming’s Director of Development, set up a Peer-to-Peer campaign in Salsa and replaced Paypal links on the shelter’s website with easy-to-use fundraising forms. Christa says that Salsa made “all the difference” in this year’s campaign, which generated a record-setting $21,000!

Christa told us that the organization wasn’t sure what to expect with their first online Peer-to-Peer campaign, but they were able to not only successfully launch and publicize the online campaign, but combine it with offline activities that generated a large amount of interest. For example - they raised $1,200 from a ballot box at the local mall. Christa was pleasantly surprised that of the 81 people who set up fundraising pages for their pets, 75 went on to raise money through the campaign. 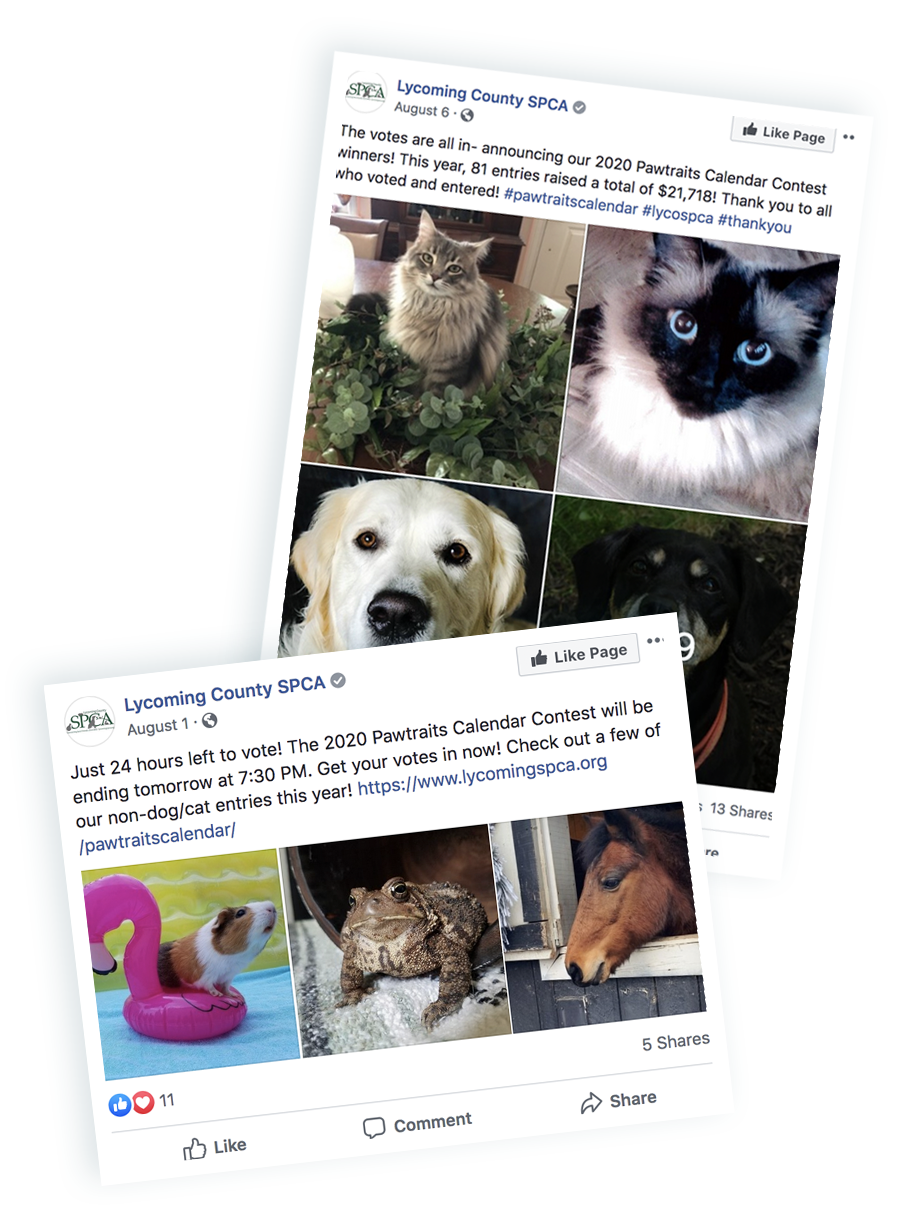 In the final hours of the campaign, the shelter had a crowd watching the donations come in and had fundraisers stopping by to drop of cash contributions to ensure that their pet made it onto the calendar. The last 10 minutes were “insane,” according to Christa - with a “photo” finish between the #1 and #2 vote getters.

The tremendous interest in the Lycoming County SPCA’s calendar content was due to the creativity that Christa and the team at the shetler showed in publicizing the event and encouraging fundraisers. They posted frequent updates on Facebook and Instagram, including a current leader-board. To get more people engaged, Christa would also post the pets who were in 10th-16th place to encourage donors to give and get those pets into the top 12! 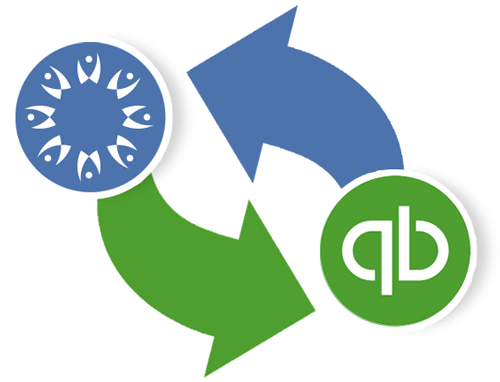 In the past, a number of the shelter’s potential donors were confused by the Paypal link and concerned when they were taken off of the organization’s website to make their donation. The organization has seen their website bounce rate drop on fundraising pages since implementing Salsa.

The integration that Salsa has with QuickBooks also saves a lot of time for the shelter staff and ensures that donation amounts get recorded quickly and correctly.

I love being able to see who converted, combined with a full picture of the donor and their history. This makes a real difference & allows me to treat everyone differently and more personally.

To learn more about the great work of the Lycoming County SPCA, visit them at: www.lycomingspca.org